If you had trouble accessing the Dynadot website this morning, it is because the company is currently under a DDOS attack. The company posted a notice about the DDOS attack several hours ago on Twitter. Dynadot’s engineering team is working on a solution:

Our website is under the DDOS attack, but don’t worry, engineers are rushing to fix it!🧑‍💻

As of 9:15 this morning, it appears that Dynadot.com is still inaccessible. I confirmed this on the Down for Everyone or Just Me website, which shows that the website is down: 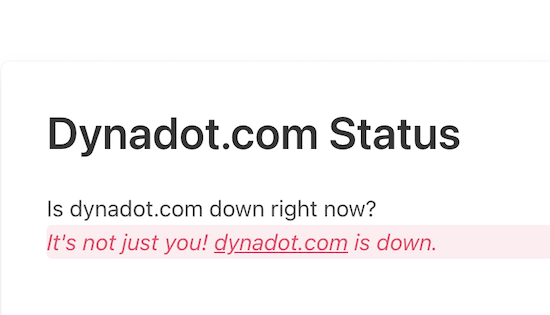 Dynadot has become one of the most popular domain registrars for domain investors, and hopefully the issue is resolved soon.