The Miami Dolphins football team has filed a UDRP for the domain name Dolphins.com, which is parked and currently shows NFL football-related PPC advertisements, including an image of a football stadium. In addition to advertisements for “Miami Dolphins Tickets,” there are also ads for figurines and “Swimming with Dolphins Retreats.”

According to a Securities and Exchange Commission filing (2006 Annual Report) filed by Marchex (NASDAQ: MCHX), the publicly traded company owns Dolphins.com (as of 2006). Further, in the same filing, Marchex listed MDNH, Inc. as a subsidiary, and Dolphins.com is currently registered to dnsadmin@mdnhinc.com. MDNHINC.com is registered to MDNH, Inc.

This is a high value domain name, both because of its generic nature (animal domain names are always in demand) and because of the NFL team with the same name. This is going to be an interesting case to watch with these two heavyweights going at it, especially because of the potential impact of losing the domain name could be on Marchex’s bottom line. IMO, this is easily a six figure domain name. 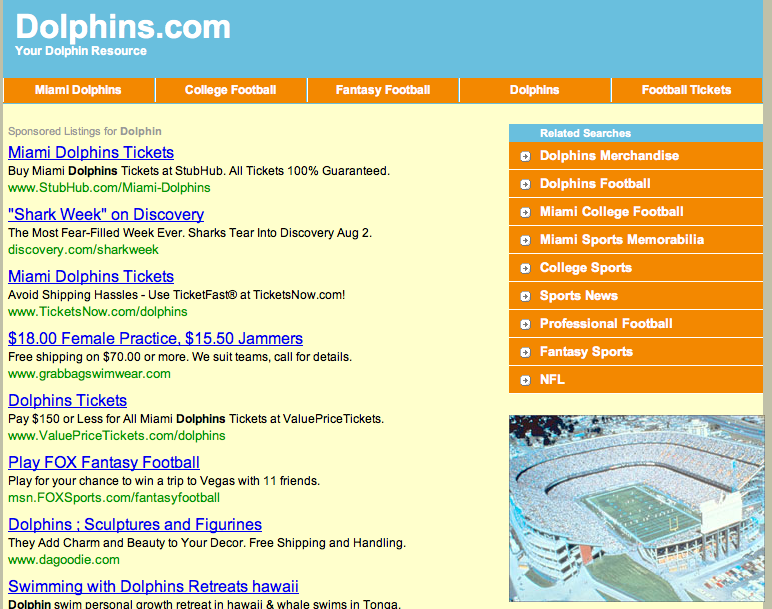